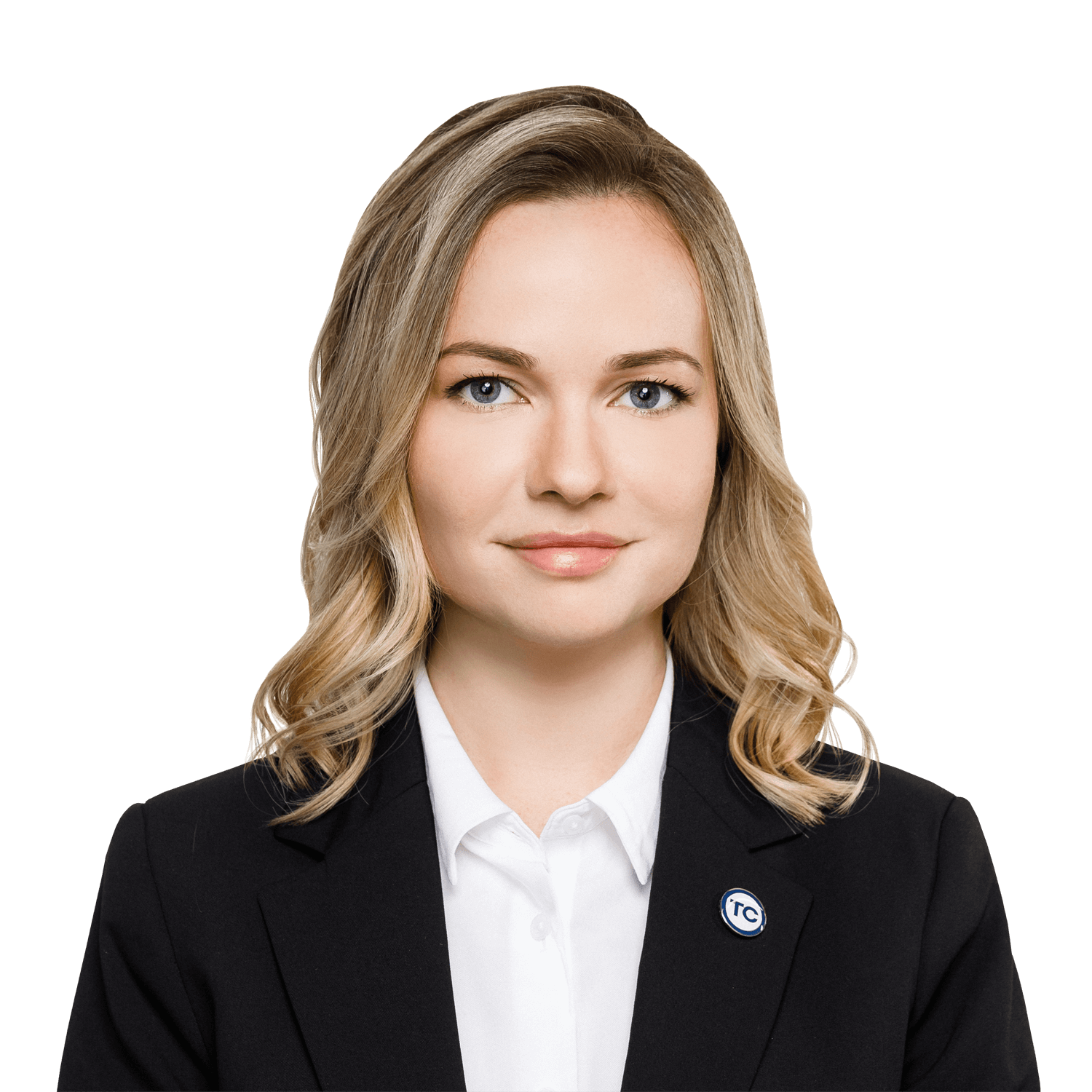 One of the major developments of 2021 in taxation is the achievement of clarity regarding tax reconstruction. Vague wording in the legislation and confusing years of court practice have led to the fact that this tool has almost ceased to be used in practice. The goal of tax authorities was clear, they wanted to reduce, if not completely, then as much as possible the possibility of reducing the tax burden with the help of "technical" companies. As usual, a lot of companies have been caught "in the crosshairs", which in fact carried out transactions in a lawful manner and counted on the recalculation and refunds of tax payments due to them.

The changes that occurred in 2021 gave the tax reconstruction back the right to apply. But to say that it has made life easier for accountants and CFOs can hardly be said.

What is a tax reconstruction

Tax reconstruction is the determination of the tax consequences of a transaction, based on their real economic sense. Its mechanism implies that the tax authorities in identifying distortions in the taxpayer's accounting of an economic transaction are guided not by reporting data, but by the actual content of the transaction. If the company used a scheme that allows you to reduce taxation, then you have to pay as much as you would have had to without the optimization.

For example, company X provided services to company Y for 1 million rubles. But X is a "passthrough" (in other words - a fly-by-night company), and in fact the company Z worked, and the transaction cost Y not a million, but 500 thousand rubles. Y decided to overestimate the cost of the transaction in order to reduce income tax and VAT.

In this case, the FTS has two options. The first one is to not take the transaction into account at all, because the service was not provided by the supplier that is specified in the documents, and therefore, the transaction did not take place at all. The second option is to take into account the payment of not 1 million, but 500 thousand, and it is this amount to use when calculating income tax. This option is a tax reconstruction.

A bit of history

In judicial practice, the definition of tax reconstruction is present since 2006. Then the Plenum of the Supreme Arbitration Court in its Resolution № 53 dated 12.10.2006 determined that "if the court, based on an evaluation of the evidence provided by the tax authority and the taxpayer comes to the conclusion that the taxpayer for tax purposes accounted for transactions not in accordance with their true economic sense, the court determines the amount of rights and obligations of the taxpayer, based on the true economic content of the transaction".

In the following years, both the SAC and other higher courts (including the Supreme Court and the Constitutional Court) returned several times to the application of tax reconstruction in the course of consideration of various disputes.

Finally, the concept of tax reconstruction was introduced into the Tax Code of the Russian Federation in August 2017, in Article 54.1. But it was described in such a way that the tax authorities, in fact, were given the opportunity not to apply tax reconstruction. This was especially evident in the case of Kuzbasskonservmoloko: the court of the first instance applied the tax reconstruction, the appeal cancelled this decision, and the subsequent cassation applied it again.

According to "Arbitrazh.ru" by December 2020, in three years of Article 54.1 of the Tax Code only 22% of court disputes in which this article was applied ended in favor of the business. Analysis of experts showed that the tax authorities generally charged taxpayers with additional taxes not on profit but on revenues, denying the right to expense accounting and tax deductions.

Letter from the Federal Tax Service

Such uncertainty lasted until March this year. It was put to an end in a letter from the Federal Tax Service № BC-4-7/3060 "On the practice of applying Article 54.1 of the Tax Code of the Russian Federation. In this letter the tax authorities finally clarified the controversial concepts, namely:

• criteria for the good faith of a taxpayer;

• signs that indicate the absence of a business purpose and allow to classify the counterparty as a technical company;

• the basic rules and conditions for the application of tax reconstruction.

The key points of the letter of the Federal Tax Service are two.

Firstly, to apply the previous approach, when the tax authorities did not take into account questionable transactions at all, now it will be possible to do only in case of direct harm to the state budget. That is, if the budget has not suffered, then there should be no additional charges or non-recognition of expenses by the tax authorities.

And secondly (and to this circumstance should be paid special attention) the burden of proof of the circumstances that trigger the application of Article 54.1 of the Tax Code. The March letter from the Federal Tax Service is not the only important document that defines the status of the tax reconstruction.

The fact is that already after its appearance, in May 2021, the Supreme Court put an end to a long-standing tax dispute. The right to tax reconstruction was being argued by a small bakery, Mary's Firm LLC. The lawyers representing the company showed persistence and tenacity, and the case, which dated back to 2014-16, even made it to the Supreme Court of Russia. And it allowed the main judicial body to state its position on the application of tax reconstruction in disputes related to the receipt by a taxpayer of an unjustified tax benefit. It is especially important because it creates a judicial precedent, which taxpayers will be able to refer to in their subsequent disputes with the FTS.

The approach of the Supreme Court states: the consequences of tax offenses should be determined by the role of the taxpayer in causing damage to the state budget. Such companies have been classified by the Supreme Court into two different categories:

Organizations that made mistakes in accounting and paperwork - they are guilty of not exercising the necessary diligence, their mistakes were unintentional and to them the tax authorities can apply the calculated way of determining tax obligations;

organizations that have deliberately carried out document flow in such a way to avoid taxes. The settlement method cannot be applied to these organizations, but they retain the right to deduct the actual expenses in determining the income tax, if they provide assistance in eliminating budget losses and disclose information that will show the actual executor of the transaction.

Letter of the Federal Tax Service and the definition of the Supreme Court formed the situation with the tax reconstruction, which implies three options for the development of events.

The first option involves the execution of the transaction by the taxpayer company itself. In this case, it provides the tax authorities with comprehensive data, and they, when additional taxes are charged, take into account the company's expenses and deduct the amount of input VAT.

In this case, if the office of the Federal Tax Service did not conduct a reconstruction or the company itself could not apply tax deductions for VAT, it may claim compensation for damages from the counterparty who misled it or the persons who control it.  However, this compensation is possible if this is stipulated in the agreement concluded with the counterparty.

The second option is a situation where the actual perpetrator is established. For the tax authorities, this means the exclusion of a "technician" company from the chain and the calculation of income tax and VAT deductions based on the parameters of the real execution of the transaction. In this case, the company itself will have to prove its case if it wants to challenge the decision of the tax authorities.

Let's assume that an on-site inspection has been carried out and it resulted in additional VAT and profit tax charged on relations with a controlled transit counterparty created for artificial document flow in order to withdraw money in an uncontrolled turnover. In this case, the tax authority assumes that the audited company purchased goods directly from an interdependent manufacturer at a lower price, and the amount of tax arrears is calculated from the full value of the transaction with the disputed counterparty. In this case, it is important to calculate and document the actual costs of goods based on the price set by the manufacturing plant, the transit company's expenses for the purchase of spare parts for goods from real (not disputed) suppliers, as well as costs associated with the transportation of goods from the transit counterparty to the actual customers of the Company.  In the event that not all financial transactions are documented, it is possible to arrange for an assessment of the market value of the costs accounted for in the markup of goods from the transit counterparty.

" In the event that not all financial transactions are documented, it is possible to arrange for an assessment of the market value of the costs accounted for in the markup of goods from the transit counterparty.", said Julia Pavlova, chief tax consultant at Tax Compliance.

In the third option there is no information about the real contractor. In this situation, the tax reconstruction is possible only in respect of income tax, in addition the tax authorities may apply the calculation method of determining the tax liability in the manner prescribed in paragraphs. 7 para 1, Article 31 of the Tax Code. For the taxpayer the right to present, in case of disagreement with the Federal Tax Service, their objections. But they will need to be supported by strong evidence of their case: the data on similar transactions supported by documents, the results of the examination or documents confirming the market value of goods or services.

How to assess the situation around the tax reconstruction, which was formed as a result of the publication of the letter of the Federal Tax Service and the Supreme Court ruling? As it often happens, an unambiguous assessment is hardly possible.

Yes, on the one hand, the tax authorities have lost the grounds to unreasonably refuse interested companies to carry out tax reconstruction. On the other hand, its possibility directly depends on how strictly the company maintains documentation and is ready to prove "on paper" its correctness.

It is important to understand that the changes around tax reconstruction that took place in 2021 did not make life any easier for those businesses that prefer to reduce their tax burden by using fly-by-night companies. After all, few of them are willing to fully disclose the contents of the transactions in which they participate. And this gives the tax authorities an opportunity to additionally assess payments based on their own criteria for assessing the transaction - in accordance with its real economic meaning.