Compensation of tax costs at the expense of counterparties. Vivid examples from practice 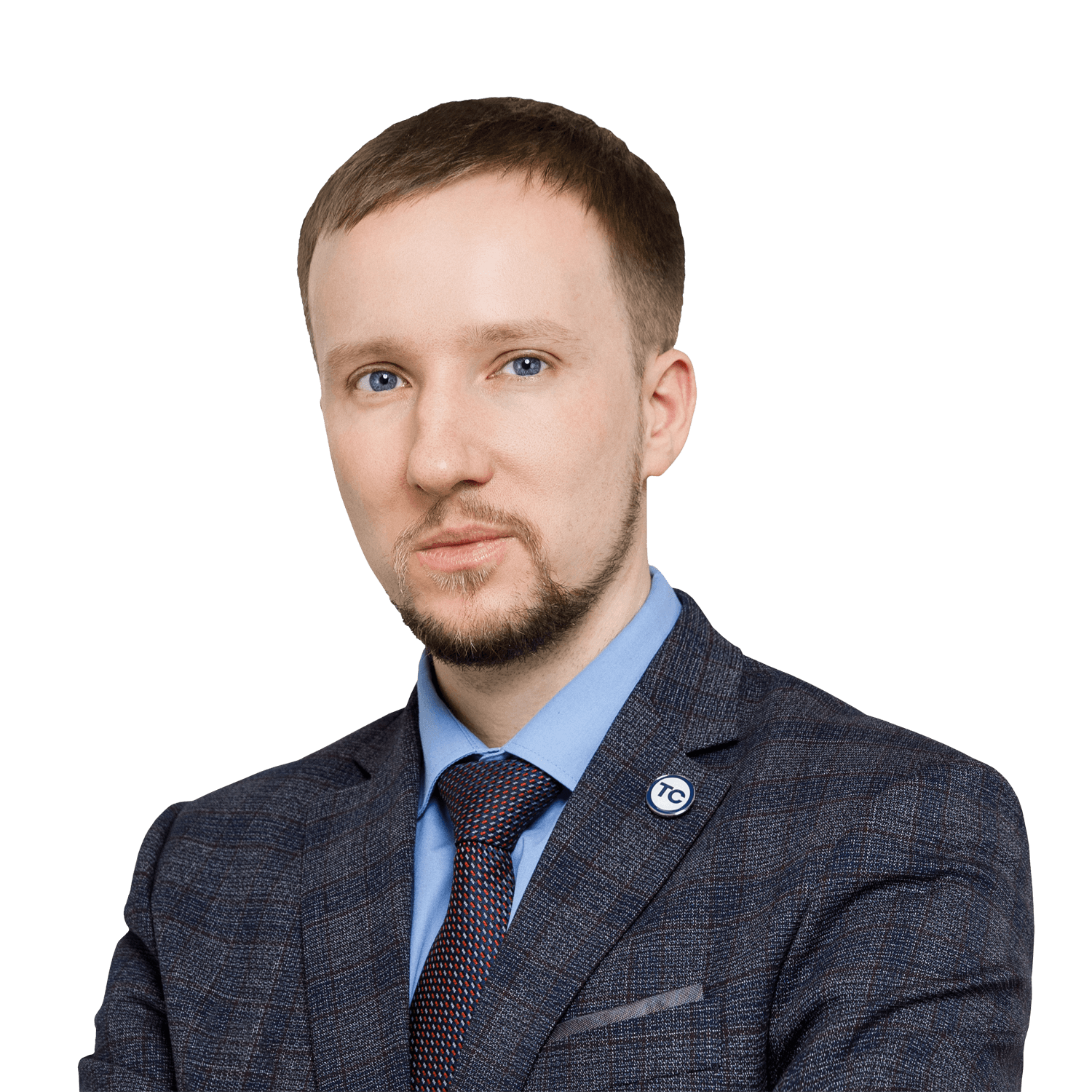 Compensation of tax costs at the expense of counterparties. Vivid examples from practice

The policy of shifting the tax burden from taxpayers, from whom it is difficult to collect mandatory payments, to Russian organizations that are able to ensure the interests of the budget, continues to gain momentum. This trend concerns a wide range of issues: from the collection of tax at source at the expense of the tax agent to the additional assessment of profit tax and VAT on relations with "fly-by-night companies".

The Federal Tax Service of Russia recommends taxpayers to use civil law mechanisms to compensate the costs incurred, in particular, to recover the appropriate amounts from counterparties and other culpable persons. However, court practice shows an ambiguous approach of courts to the application of such tools. And taxpayers do not always manage to defend their interests in court.

In this article, we provide examples of relevant court cases on this topic that deserve your attention.

Factual circumstances of the case of JSC "Kuchuksulfat"

The Company as a tax agent throughout 2005-2017 withheld withholding tax on dividends from a foreign shareholder at a reduced tax rate of 5%, which applies subject to a number of conditions, in particular in respect of direct investment in the share capital. The Company believed that the direct investment condition was met based on the information contained in the auditor's report provided to it.

In 2018, however, the Company needed to request more detailed information to submit to the tax authority. As part of this process, it turned out that the Company's shares had been invested in the share capital rather than purchased (according to the registrar and registrar). However, the shareholder continued to insist that the shares had been purchased under the purchase agreement.

Based on the information provided, the Company decided to recalculate the tax liabilities for 2005-2017 based on a 10% rate (due to the failure to confirm the direct investment). At the same time, part of the tax was paid at the expense of the shareholder (withheld from the 2018 dividends), and the other part at the expense of the Company's own funds. With respect to the latter part, the Company filed a claim for unjust enrichment against the shareholder.

On the one hand, this approach (if upheld by higher courts) could help compensate tax agents for the costs they incurred in a wide range of issues related to the miscalculation of taxpayer obligations, including misapplication of tax rates, income recharacterization, calculation errors, etc. (especially in situations where the payment of passive income to the relevant foreign organizations continues). At the same time, a legally enforceable decision of the tax authority confirming that the tax liabilities were originally determined incorrectly will not be required to recover the unjust enrichment.

On the other hand, the foreign organizations (the recipients of income) will once again think about the expediency of the infusion of funds into the Russian economy. Especially with such a proactive approach of tax agents (when clarifying the obligations even for those periods for which the tax authority cannot collect the tax given the omission of procedural deadlines).

Your counterparty will go bankrupt tomorrow. How to determine it
How to exercise sufficient caution if information from open sources may not be enough
Read more Factual circumstances of the case of PJSC "METKOMBANK"

However, in 2018, the tax authority found that the foreign company has signs of conduit (does not have an actual right to income) and sent a request to the bank to clarify tax liabilities. On the basis of this request, the bank provided revised calculations and paid additional tax to the budget at the expense of its own funds.

In view of the aforementioned circumstances the bank filed a lawsuit against the foreign company for recovery of losses.

The court partially satisfied the plaintiff's claims (the case was concluded at the first-instance level). The decision was based on the following findings:

- The content of the letter shows that the foreign company provided assurances of the actual right to income (Article 431.2 of the Civil Code);

- The bank did not withhold the tax based on the assurances provided, the unreliability of which led to the necessity of specifying the tax liabilities;

- The available evidence confirms that the foreign company has no actual right to the income;

- In the situation under consideration the payment of tax from the bank's own funds indicates the existence of losses in the form of additional amount of corporate income tax, caused by the fault of the foreign company and subject to reimbursement;

- The court finds the plaintiff's demand for payment of penalties to be unsatisfactory, because the plaintiff has not provided evidence of disputing their accrual.

Given the common practice of confirming actual entitlement to income by letters from foreign companies (more detailed verification is extremely difficult in practice), the court's proposed approach offers hope that tax agents will receive compensation. The possibility of actually receiving such compensation, in our opinion, will depend on many factors, including further development of judicial practice on this issue, the content of the letter on the actual right to income, the willingness of the foreign partner to execute the judicial act, the availability of other income to be paid to this person, etc.

Compensation for losses on relationships with unreliable counterparties

The factual circumstances of the case of JSC Taimyr Fuel Company

After the acceptance of the repair work from the contractor, the plaintiff accepted the respective amount of VAT as a deduction. Meanwhile, the tax authority has recognized the VAT deduction as illegal due to the fact that the contractor does not have the resources to perform the work, the primary documents were signed by unidentified persons, the taxpayer has not exercised due diligence in choosing a counterparty, the current account of the contractor has no expense transactions, indicating the implementation of real business activities and other arguments typical of this category of cases. The courts have supported the position of the tax authority.

In order to reimburse the costs paid within the framework of the tax audit, the plaintiff turned to the court for reimbursement of paid VAT as well as penalties and fines. The courts of three instances dismissed the plaintiff's claims, stating that the taxpayer, as the person entitled to a deduction, is obliged to comply with all legal requirements. By entering into an agreement with a counterparty without verifying its reliability, accepting the documents containing clearly unreliable information, the plaintiff assumed the risk of negative consequences in the form of a denial of the VAT deduction on the basis of documents containing false information. The courts also cited the plaintiff's failure to meet the statute of limitations.

The plaintiff, disagreeing with the judicial acts, appealed to the Judicial Board for Economic Disputes of the Supreme Court of the Russian Federation (hereinafter, the "SCES").

Position of the court

- The approach proposed by the courts encourages unscrupulous counterparties, placing all the risks and negative consequences on good-faith taxpayers;

- The defendant created the appearance of trustworthiness at the contracting stage. The unreliability of the information provided could not have been detected by the plaintiff;

- The defendant violated the condition of the contract to perform the work personally, which led to the negative consequences for the plaintiff in the form of loss of the right to VAT deduction.

If the plaintiff's claims are satisfied, the Ruling of the SCEC of the Supreme Court of the Russian Federation in the above case could be an important milestone in the development of practice for the recovery of tax debts from counterparties.

At the current stage of practice development taxpayers often fail to recover tax debts from counterparties even in the presence of assurances of circumstances or agreements on compensation of losses. In denying claims, courts refer to the establishment of the formal nature of transactions during tax audits, which precludes the validity of any representations or warranties. The courts also note that the taxpayer himself in bad faith contributes to the occurrence of adverse consequences and in a judicial dispute on damages seeks to overcome the claims of fiscal authorities and legitimize itself as a bona fide participant in economic turnover.

However, there are also court decisions in which the taxpayers' claims are satisfied taking into account the content of the tax clauses and the built line of defense.

CONCLUSIONS AND SUGGESTIONS FOR TAX COMPLIANCE

We continue to follow the developments in court practice on tax compensation and recommend that in each situation we evaluate the prospects for recovery of the respective sums. When filing such claims with the court, special attention should be paid to qualification of the amounts sought (losses, unjust enrichment etc.), as both the fate of the claim and the scope of proof required may depend on this.

When entering into transactions with counterparties it is advisable to consider the possibility of including tax clauses in agreements, the wording of which should preferably be prepared with the involvement of tax consultants (internal or external).